Not a day has gone by when she has not grieved over losing him following a senseless and unprovoked knife slashing at the RE bar in Hillingdon in October 2015.

Shane O’Brien, one of Britain’s most wanted fugitives, was finally convicted of Josh’s murder in October this year following a three-and-a-half-year international manhunt.

Following her son’s death she set up the Josh Hanson Trust and has since spoken to 5,000 young people in schools.

Pupils at Park Academy, which is part of the Aspirations Academies Trust, said they found her talk thought-provoking and were grateful for her honest insight into the pain that knife crime causes families.

Year 7 pupils raised £161.10 for the Josh Hanson Trust through a bake sale with one pupil making a vegan cake especially for Tracey.

Tracey took the time to be interviewed by the Aspirations Academies Trust ahead of her speech.

Why going in to schools is so important

‘’I’ve spoken to 5,000 young people in schools and regularly hear stories of poverty among children.

The Government needs to do more to support young people. We need a proper welfare state and support for children. Mothers need to come together and get the message out there.  Parents need to take more of an interest in what their children are doing and if they are safe. Showing compassion to young people makes them much more likely to open up and talk. We all need to work together and make a positive change together.

I want to make a difference because I wouldn’t want anyone to experience what we have experienced, it is debilitating, heart breaking, life-changing. I don’t want Josh to be remembered as a victim, but a life-changer”

The daily impact of losing her son Josh

‘’Every day it is so difficult to go through. Whether it’s telling Josh’s story, listening to the stories of other mothers or speaking to professionals about solutions… We are just mums, we’re not experts. I’m just a mum! I can be out and busy all day but the tears start when I get home. This life is so painful, and it’s also the frustration that it is still happening. I’m emotional speaking to you now, every single minute of every single day is painful and difficult. But in the face of adversity, you have few choices. You either stop and stand still, or you get angry, which we did, or you focus to get justice, which we did, and then you discover other ways to channel that frustration. For me, it was to set up a charity and help other people. Josh doesn’t have a life anymore, so I am living it for him, this is what he would want me to do.”

“We go to schools, colleges and universities to raise awareness of the impact of knife crime. There are no winners in knife crime and that’s the message we want to get across. We talk about Josh’s story and discuss how this can devastate peoples’ lives in a matter of seconds. Also, we support families, hold workshops and offer space for people to talk to specialists and each other. We also work alongside the police in Hertfordshire, helping them to raise awareness and educate young people, starting at primary school level, helping them to understand the dangers of carrying knives and weapons.” 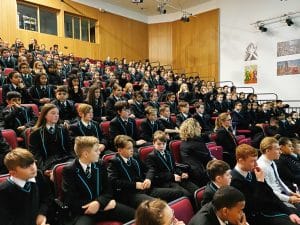 The message for young people

“Be aware. Be proactive. Be empowered. Don’t fall prey to those that want to take advantage of you, be selective with who you make your friends. Prevention is the most important message that we can get across to these young people. The impact is real and it is devastating, and that is what we want people to understand.”

Why Tracey’s talks have an impact

“Every time we come out of a school, I always wonder if I did okay or if I got through to them. Sometimes, children look concerned, some have got up and left, some have had big emotional outbursts. That’s going to happen because my story isn’t pretty, it is the reality! However, our Instagram following goes up all the time with young people who often message and thank us for the work that we are doing. If my words, or Josh’s face, is in the minds of these young people then I know that we are having an impact. Josh had a childhood just like these people, and had a happy and normal life, so it can happen to anyone, which definitely has an impact.” 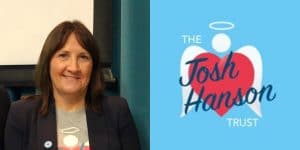 Back to all news

On Tuesday 15th September, all students will have their photograph taken. All students should wear their full school uniform on this day. Please do not…

A Level and GCSE – BTEC Results 2020 BTEC results are arriving in stages this week. Once all results have arrived, students will be notified…